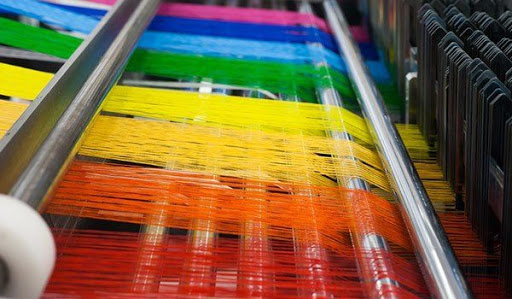 Description: Hydrogen peroxide (H2O2) is pale blue; when diluted it becomes a colorless compound. Hydrogen peroxide has a higher incompatibility value than water. The compound, which is a very weak acid; especially to produce white color on paper in the paper industry. The compound is also used in disinfection, oxidation, antiseptic production and rocket fuel production.

About 60% of the hydrogen peroxide production in the world is used for bleaching paper and paper. The second major industrial application is the production of sodium percarbonate and sodium percarbonate, which are used as light bleaches in laundry detergents.
Dibenzoyl peroxide is used as a high-volume sample in the production of various organic peroxides. In polymerizations, flour is used as a bleaching agent and in the treatment of acne. Peroxy acids, such as peracetic acid and meta-chloroperoxybenzoic acid, are also typically produced using hydrogen peroxide.

Hydrogen peroxide is used in certain wastewater treatment processes to remove organic impurities. This is accomplished by advanced oxidation processes such as the Fenton reaction, which uses it to form highly reactive hydroxyl radicals (OH). These are normally difficult to remove organic contaminants such as aromatic or halogenated compounds. It may also oxidize the sulfur-based compounds present in the waste; It is usually useful for reducing their smell.

Hydrogen peroxide can be used for sterilization of various surfaces including surgical instruments and can be used as steam (VHP) for room sterilization. H2O2, viral, bacterial, yeast and bacterial spores. In general, there is more activity against Gram-positive than Gram-negative bacteria; However, the presence of catalase or other peroxidases in these organisms may increase tolerance at low concentrations. Higher H2O2 concentrations (10 to 30%) and longer contact times are required for sporicidal activity.

Since hydrogen peroxide is broken down to form oxygen and water and is generally regarded as safe by the US Food and Drug Administration (FDA) as an antimicrobial, chlorine based bleaches are seen as a safe environmentally safe alternative.

Historically, hydrogen peroxide has been used to disinfect wounds, partly due to its low cost and rapid availability compared to other antiseptics. It is now thought to slow the healing and cause scarring, because it is destroying the newly formed skin cells. Only a very low H2O2 concentration can cause healing and is not repeatedly applied. Surgical use may cause gas embolism. However, it is still used for wound care in many developing countries. It is absorbed through contact and forms a local capillary embolus, which is seen as a temporary whitening of the skin.

Diluted H2O2 (between 1.9% and 12%) mixed with ammonium hydroxide is used to bleach human hair. The bleaching property of the chemical owes its name to the expression “peroxide blonde”. Hydrogen peroxide is also used for tooth whitening and can be mixed with baking soda and salt to make a homemade toothpaste. Hydrogen peroxide can be used in the treatment of acne, but benzoyl peroxide is a more common treatment.

Acetic acid or ethanoic acid CH3COOH is a formulated organic acid, known for its sour taste and sour flavor. It is the smallest of carboxylic acids. It occurs by the oxidation of carbohydrates in the land.

Sodium hydroxide is a white, moisture-attracting substance. NaOH formulation. It is easily soluble in water and forms a soft, slippery and soap-like solution. Sodium hydroxide (called caustic soda or suds caustic) is used to trap acidic gases such as CO2 in the laboratory. The industry is used in the construction of many chemical materials, artificial silk, soap, paper, paint, detergent industry and oil refineries.

Sodium hydroxide is a white, moisture-attracting substance. NaOH formulation. It is easily soluble in water and forms a soft, slippery and soap-like solution. Sodium hydroxide (called caustic soda or suds caustic) is used to trap acidic gases such as CO2 in the laboratory. The industry is used in the construction of many chemical materials, artificial silk, soap, paper, paint, detergent industry and oil refineries.

Sodium bicarbonate or soda is a chemical compound with the chemical formula NaHCO3. It is one of the sodium salts. There is anti-acidity. It is also used as embossing dust. Soluble in water. White solid crystalline powder.

Sodium hypochlorite is a salt of (NaClO). It is used in bleaching water in daily life. This material, which causes great damage to the environment, is produced by introducing chlorine in room conditions and sodium hydroxide in soaps.